Each year, our family of Athlete Ambassadors grows. This season, Tremblant is proud to represent 10 new local recruits. 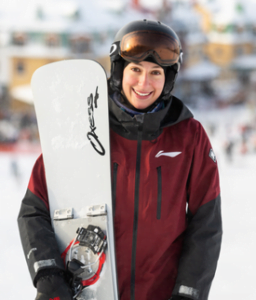 Aurélie started snowboarding at a young age at Tremblant. At 11 years old, she tried an alpine snowboard for the first time in the Beauvallon-bas run and immediately fell in love with the sport.

After participating in a few Quebec cups, Aurélie realized she was a natural at competing. For the 2021-2022 season, she ranked in the top 10 in all her NORAM races, including two top 4 finishes. To end the season, she participated in the junior world championship in Italy where she ranked 7th in both parallel slalom and in the team event. Following these performances, Aurélie made it on the NextGen National Team. Her career aspirations are to eventually finish a season in the top 3 in the World Cup rankings and to make it to the Olympics. 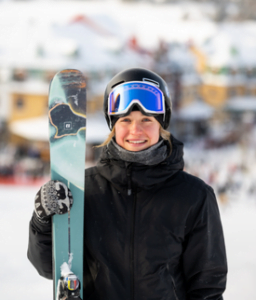 Raised in Mont-Tremblant, Naomi Urness has always been a great athlete. Curious and full of energy, she grew up enjoying all that the region has to offer. Since she put on her first skis at the age of 3, she has always found new challenges to conquer on the mountain.

Tremblant is where she did her first hikes, her first slides, where she did her first jumps and her first rails, and where she joined the freestyle ski competition team. Tremblant is also where she met with her friends to hit the slopes whenever she had the opportunity, including Holidays and free days. Although she has been studying in Montreal for the past 2 years and travels the country and the world for training with the Quebec team and competitions, she likes to come back to recharge her batteries whenever she has the opportunity because coming back to Tremblant is like coming home. Naomi’s goal this season is to perform well on the NORAM circuit to be invited to join the Canadian slopestyle team. 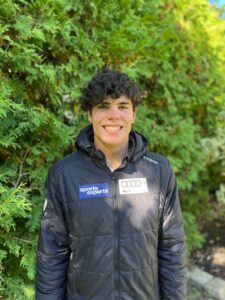 “I am very fortunate to have been able to learn to ski at Tremblant. No matter where I travel, I can always come back to my home mountain for some great terrain and amazing conditions.”

Thomas started skiing at the age of 3 years old. He joined the Club Performance at Tremblant at the age of 6 to then take part in races in the region from the age of 8 with Club Elite. He developed his racing abilities with the Mont Tremblant Ski Club for 6 years before joining the regional ski team EDLS for his first FIS year. He is now one of 7 in the men’s Quebec ski team for the 2022/23 season. Thomas had the opportunity to represent the Mont Tremblant Ski Club at 3 provincial championships and one national championship. 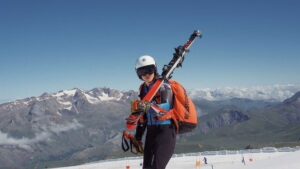 “I lived for several years at the bottom of the Tremblant runs and I have always enjoyed doing activities at the Mont Tremblant resort. I like the variety of tracks, which allows us to have productive training days.”

Pierick started on the slopes at a young age. He quickly transitioned into the Elite Team of the Laurentian Ski Division (EDLS). The Mont Tremblant Ski Club has always been there for Pierick, either for training or during race preparations. He has proudly represented the club on Team Québec since 2021 and continues to progress on this team for a second year this season. Pierick won the U16 National Championships at Sun Peaks, as well as the U16 regional and provincial rankings. 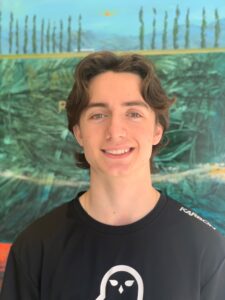 “Tremblant runs in my blood; my grandparents, aunts, uncles, and cousins all spent their winters skiing down those fantastic slopes. Since I joined the ski club at age 10, I’ve made many friends and memories that will last a lifetime. More importantly, I have unlocked a passion for ski racing that has helped shape my life. I hope to continue skiing at Tremblant for the rest of my life.”

Throughout his career at Tremblant, Hugo has had success racing regionally, provincially, and nationally. In 2019, he received a silver medal at the Canada Winter Games and qualified to represent the best U16 skiers in Canada at the Whistler Cup. He then went on to race for the regional Laurentian team (EDLS) and recently joined the Québec ski team. Hugo is excited and honoured to represent the best skiers from Quebec and will challenge himself to take his racing career to the next level. 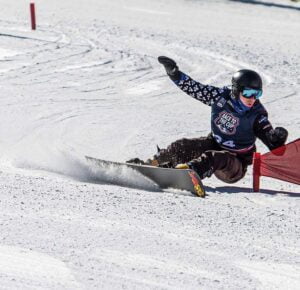 “Tremblant is where I grew up up. My parents worked there and I was happy to tag along on many occasions. On my second birthday, I received my first snowboard and have been riding Tremblant ever since. Carving the Jasey-Jay is happiness!’”

Émile started snowboarding at the age of 2. On his 90cm board, he spent his days on the magic carpet practicing his turns to be ready for the “big mountain”. He is now a member of the Québec team and has accumulated several NORAM podiums. During the 2021-2022 season, he finished 4th in the NORAM circuit. 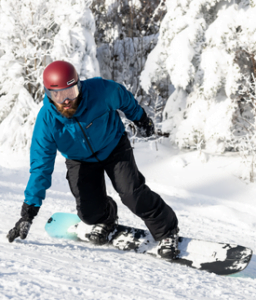 “I can’t count all the weekends spent in the region snowboarding with my parents.”

Gabriel Grégoire-Leblanc has benefited from the environment of Mont-Tremblant since adolescence. From a young age, his parents instilled in him the importance of physical activity: hiking, running, biking, snowboarding, dancing and more recently, splitboarding. Qualifying the region as his little corner of paradise, Tremblant is the perfect place to escape from the pace and environment of the city for a weekend or even for a vacation. 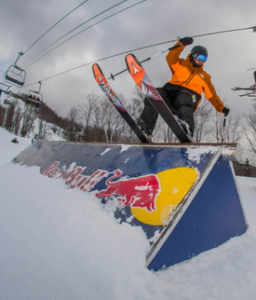 Gabriel has been on skis from the moment he could stand up as a toddler and still takes advantage of every opportunity to go down the slopes. A lover of freestyle and abclcountry skiing, Gabriel had the privilege of enjoying the Laurentians from a young age. Having tried all styles of skiing, he evolved in the sport by being a freeski instructor. He likes to enjoy the snowpark as much as the uphill trails. 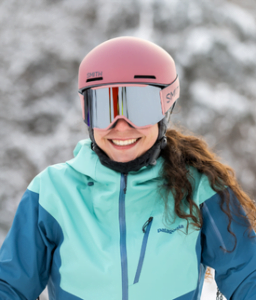 Sandrine is a regular at Tremblant! She loves the outdoors and thrills including skiing, running and biking on the road and on the trail. She loves a multi-sport day at Tremblant with skiing in the morning and trail running in the afternoon with her dogs. You can usually find her at Le P’tit Caribou for the après-ski. 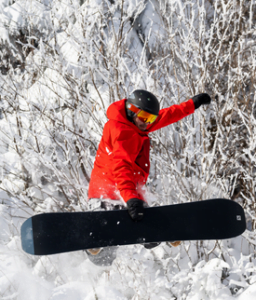 After more than 10 years behind the camera bringing Québec riders to the international scene, Jérôme now shares his passion for snowboarding with his two children.

Social and passionate, he promotes the sport to amateurs of all ages. It is by mixing pleasure and nature that he practices snowboarding with his children at Tremblant.

Discover all our athlete ambassadors and their accomplishments on our website.