Each year, new talent emerges on the international and national sports scene. We are very proud to support and acknowledge these great local athletes by giving them the title of Athlete Ambassador.

“These internationally renowned athletes, who come mostly from the region, are models of perseverance, discipline and passion. They reflect the values conveyed by Tremblant. This union goes beyond skills and perfectly illustrates the feeling of belonging of those athletes to the mountain and the pride of the entire community for their success.”

This season, 7 new athletes have joined the Tremblant ambassador family. Here they are : 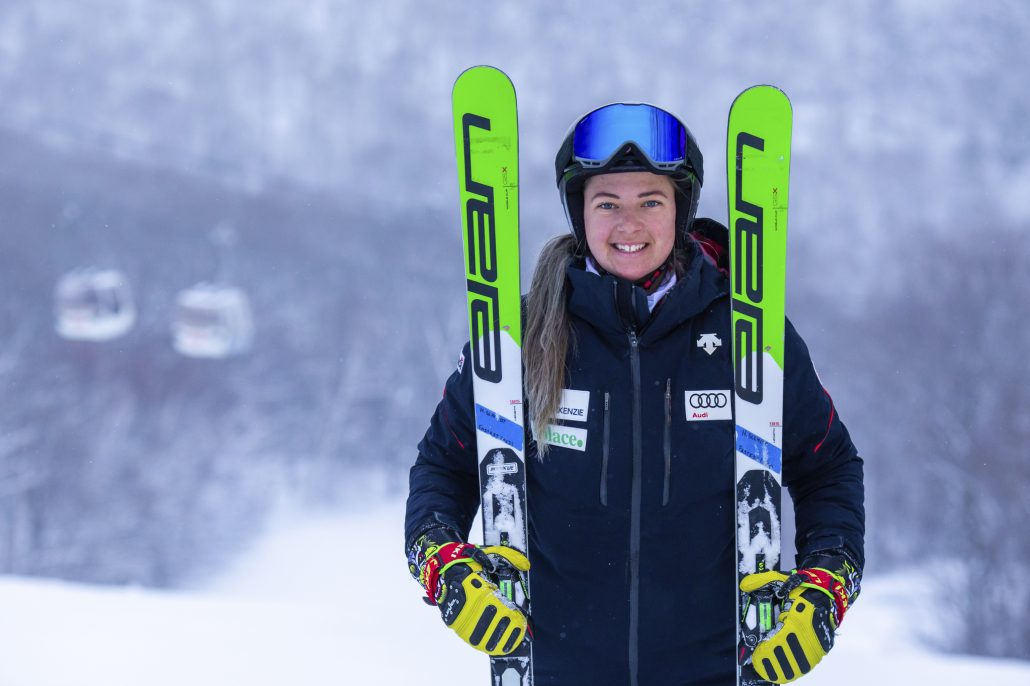 Having grown up in Tremblant, Hannah has been skiing since the tender age of two. A member of the Tremblant Ski Club until she was 17, she is now on the Canadian ski cross team. Although her inaugural season with the team ended in injury, Hannah started it with a bang. She claimed 6 Nor-Am podiums and finished the season ranked third overall. Hannah’s season was also highlighted by her first World Cup start at Blue Mountain and two top-16 Europa Cup finishes. She is working hard to come back stronger than ever, with the hopes of representing Canada in the 2022 and 2026 Olympic games.

When not on the hill, Hannah loves to go mountain biking, camping, ski touring and exploring the world on road trips. A true adventurer at heart! 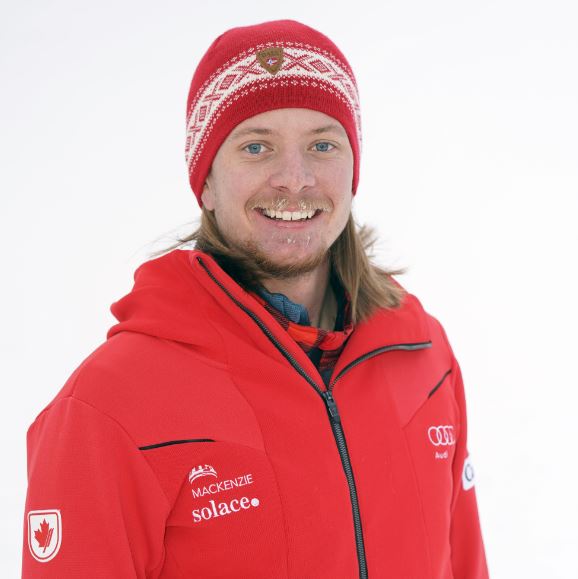 Jared’s passion for skiing and ski racing stems from years of enjoying the slopes of Tremblant with friends and family. Now a member of the Canadian Ski Cross Team, Jared started his racing career at the age of 8 with Tremblant’s Club Elite. In 2017, he qualified for the FIS Freestyle Junior World Ski Championships Ski Cross. The following season, he joined the Canadian team, had his first start in a World Cup event and claimed 5 Nor-Am victories before suffering a knee injury. Jared is currently hard at work getting back into top shape, with the goal of stepping on a World Cup podium within the next two seasons and competing in the 2026 Olympic games.

Jared is currently completing a Bachelor of Health and physical education degree at Mount Royal University, with a major in ecotourism and outdoor leadership. When he is not at school or on skis, Jared can be found in the mountains—his happy place—usually with a smile stretched from ear to ear. 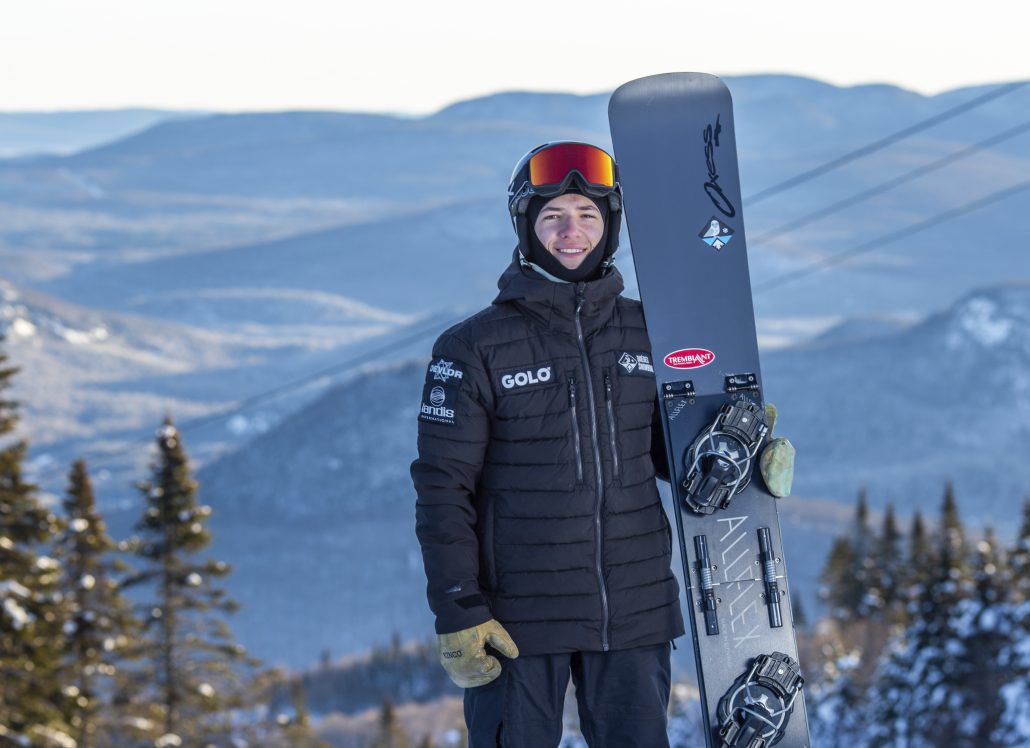 Justin first stepped on a snowboard when he was 8 years old to keep up with family members. Years later, he is now a member of the Quebec team with his brother Félix. During the 2018–2019 season, Justin repeatedly qualified for the top 16 in Nor-Am competitions and finished fourth at the 2019 Nor-Am in Mont-Tremblant. He also rounded the season with a 2nd place at the 2019 Speed Nation Alpine Nationals, the best result of any Canadian athlete.

Justin is training hard to qualify for future Junior World Championship and World Cup events. In the meantime, he studies business management at the Collège Ahuntsic and spends his free time skateboarding and weight training.

Félix’s passion for snowboarding came to life at Tremblant. Having started to compete at 10 years old, Félix joined the Quebec team in 2016. In 2018–2019, he earned a spot for the World Championship in Slovenia and finished 3rd at the 2019 Canada Games in Alberta, in addition to achieving several top-16 finishes and one top-8 finish in Nor-Am events. The athlete’s goal is now to obtain another top-16 finish in a World Championship event and reach the top 8 in additional Nor-Am competitions.

In addition to snowsports, Félix is passionate about computers and video games—which he plans to study in university—and spends a lot of time outdoors, enjoying nature and going on canoe expeditions. 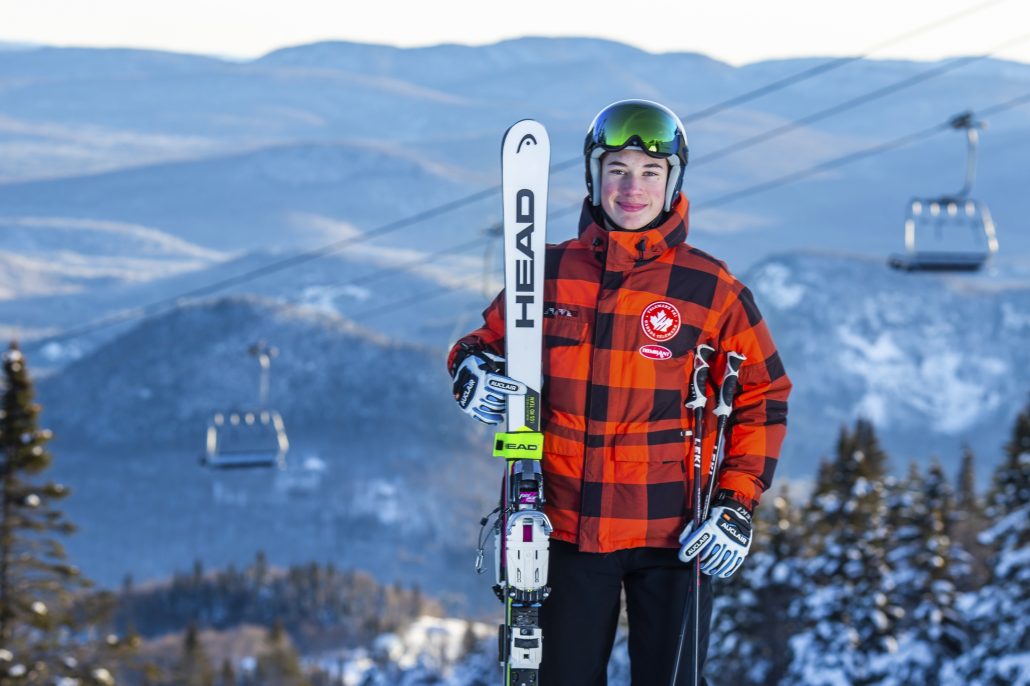 It is in Tremblant that Xavier feels most at home. In fact, it is where he first tried telemark when he was only 9 and discovered a passion for the sport. In 2017, Xavier was recruited straight from the slopes of Tremblant and joined Telemark Quebec’s National Development Team for the 2018–2019 season. He enjoyed several podium finishes in the junior category during his first year with the team and is already looking ahead to racing on the Nor-Am circuit for the 2019–2020 season. The athlete’s goals? Competing in the Telemark World Cup and maybe even in the Olympics, should the sport be added to the games.

In the meantime, Xavier is busy playing on the slopes of Tremblant, ripping arcs on groomers or seeking out fresh tree lines on power days, always dressed in his signature red plaid jacket. 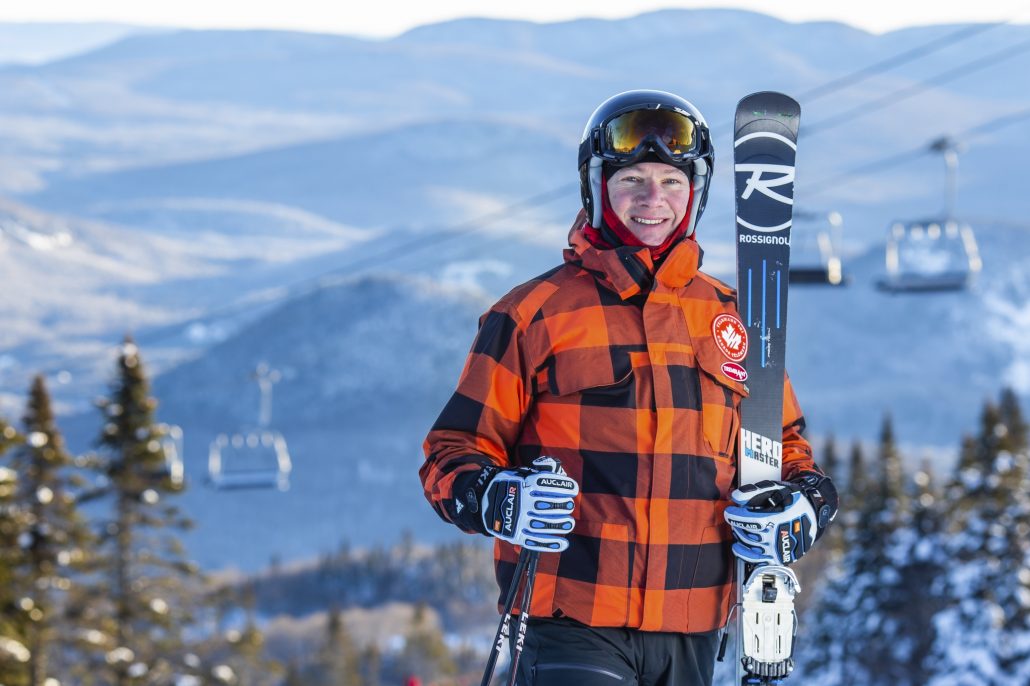 Francis has spent most of his adult life “escaping” to Tremblant. Once his telemark boots are on, worries disappear and the fun starts. A long-time aficionado of telemark skiing, Francis loves the physical challenges of the sport, combined with the slow, contemplative pace of applying skins and climbing up the mountain. He might have discovered telemark a bit later in life, but it is now a passion that he shares with his teenage son, Xavier, who is also one of Tremblant’s athlete ambassadors. Francis enjoys pushing himself as he trains for telemark and loves to test his newfound skills in the wonderful, life-size playground of Tremblant. 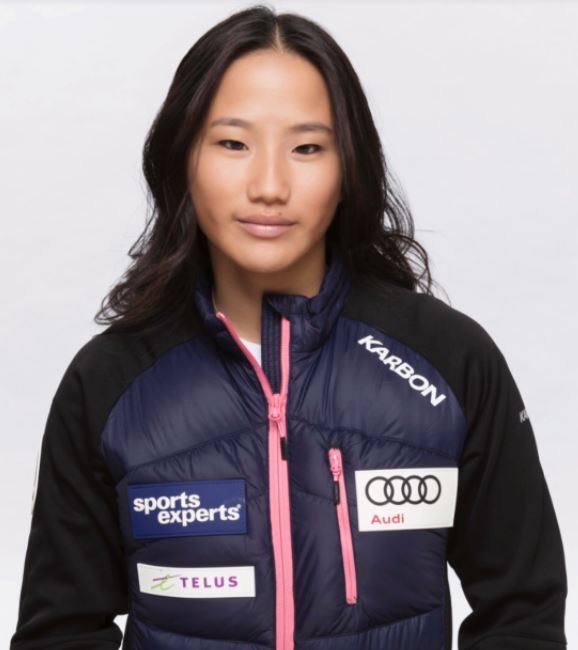 Alexandra started competing in 2009 with Tremblant’s Club Elite. After a few years racing with the Mont-Tremblant Ski Club, she left for the USA for her studies. There, she suffered a devastating ankle injury which brought her 2015 season to an abrupt end. Nonetheless, Alexandra came back stronger than even and had her first FIS start in 2016. In February of the same year, she hurt her other ankle and had to close her racing season early. In 2018, Alexandra returned to Canada and joined the Quebec team. She has since lined up several podiums in FIS events, finished in the top 15 at a Nor-Am Cup in 2015 and earned 4th place at the National Junior Race.

Outside of skiing, Alexandra keeps busy outdoors, traveling to ski camps and other places and spending time with friends. You can usually find her playing tennis or soccer and working out at the gym, alongside her teammates.

See all of the Tremblant athlete ambassadors