|In News
|By Relations Publiques

The Tremblant event will feature over a hundred athletes from 17 countries. This FIS Freestyle World Cup promises to be one of the most exciting sports events on Canadian snow this winter.

On the men’s side, Mikaël Kingbsury, reigning World and Olympic champion, also the World Cup leader, is being challenged for the coveted FIS yellow leader’s bib by Japan’s Ikuma Horishima. Kingsbury has had a great start to the World Cup season medaling in every event and will compete against such rivals as Benjamin Cavet of France, Matt Graham of Australia and Dimitriy Reikherd of Kazakhstan – his closest rivals in the moguls World Cup overall standings. Canadians joining Mikaël at the top of the men’s mogul rankings are Laurent Dumais and Kerrian Chunlaud – both in the top eight. 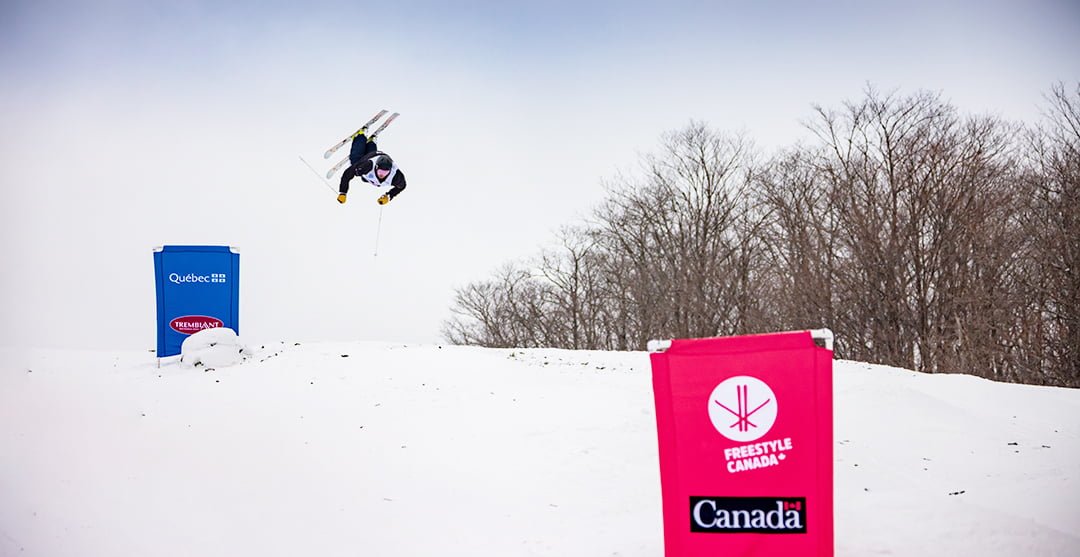 “The competition in moguls is fierce, and every race is a chance to prove yourself,” observed Kingsbury. “Even more so when you’re skiing at home, because you always want to do your best with family, friends and fans watching from the bottom of the course.

On the women’s side, Justine Dufour-Lapointe will face her French rival, defending Olympic champion Perrine Laffont as well as three women rounding the top five: Jaelin Kauf – USA, Anri Kawamura – Japan and Jakara Anthony – Australia. Chloé Dufour-Lapointe, Justine’s sister, will also be competing after two top-eight World Cup results in China in December.
Justine is excited to feel the special atmosphere again, “especially since home races are always family affairs for Chloé and me, and especially this season, when we’ll be seeing Maxime at the bottom of the course!”

Race day will be action packed, with qualifying runs in the morning: the women’s at 9:20 a.m. and the men’s at 11:10. The narrowed field of 16 men and 16 women will take part in the final starting at 1:30 p.m., followed by the super final for the top-six of each gender.

Medals will be awarded at the bottom of the course immediately following the super final, and a special presentation and ceremony will take place at Place Saint-Bernard at 3:30 p.m. giving everyone a chance to cheer on the winners.

This is the third year running that the world’s best mogul skiers meet in Tremblant, with the FIS having added the venue back to its circuit in January 2018 pursuant to a five-year agreement between Freestyle Canada and Mont Tremblant Resort. Mogul and aerial World Cup competitions had previously been held there from 1996 to 2005.

“Tremblant Resort is a perfect destination to host such an important event, and we feel that it will be an exciting showcase once again for the sport and our athletes,” declared Marc Monchamp, director of the organizing committee for the Tremblant World Cup. “Again this year our aim will be to create a spirit of conviviality throughout the resort, on competition day as well as the day after, Sunday, when fans are invited to meet members of the Canadian team during a fun and free mogul skiing activity at the base of the hill.” 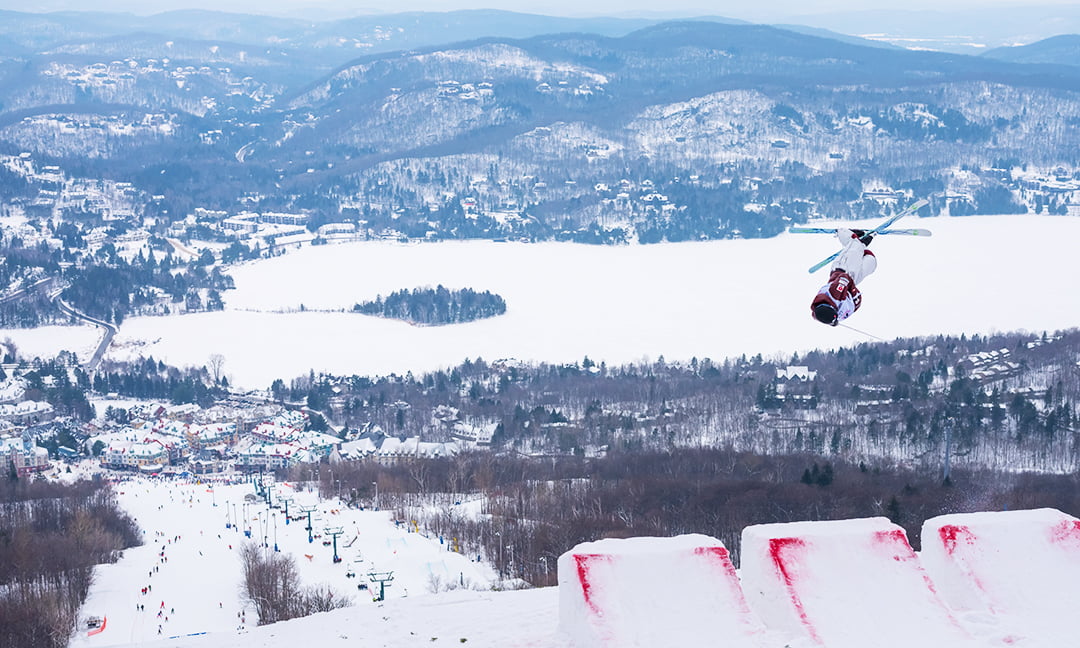 The Mackenzie Investments Moguls World Cup Presented by Toyota will be held on the South side of the mountain, in the Flying Mile run – a perfect place for an event of this magnitude.

Spectators have three ways to see the live competition.

1. By chairlift (paying access)
Skiers and boarders can purchase a regular ski ticket, which allows them to practice their sport anywhere on the mountain and catch the World Cup action; or, they can purchase a reduced-price ticket ($22 at the ticket office, taxes and royalties extra), valid for Saturday only and limited to the Flying Mile lift; the lift is accessible only to skiers and boarders.

2. By the pedestrian corridor (free access)
A pedestrian corridor with signage will be created for pedestrians from the bottom of the South side to the base of the mogul course in the Flying Mile run. Walking time from base to top is 30 to 45 minutes (total distance, 900 metres). Snowshoes or crampons are strongly recommended for this steady climb!

3. At Place Saint-Bernard (big screens)
If you can’t make it up the mountain or prefer to see the competition from a nice warm spot, you can follow the contest live on a giant screen from an outdoor area that has been specially arranged for the event. Seating, firepit and heating systems will keep spectators cozy and perfectly positioned to catch every exciting moment on the mogul course.

For directions to the competition site and where to park, go here:
https://tremblant.freestylecanada.ski/event-info/. 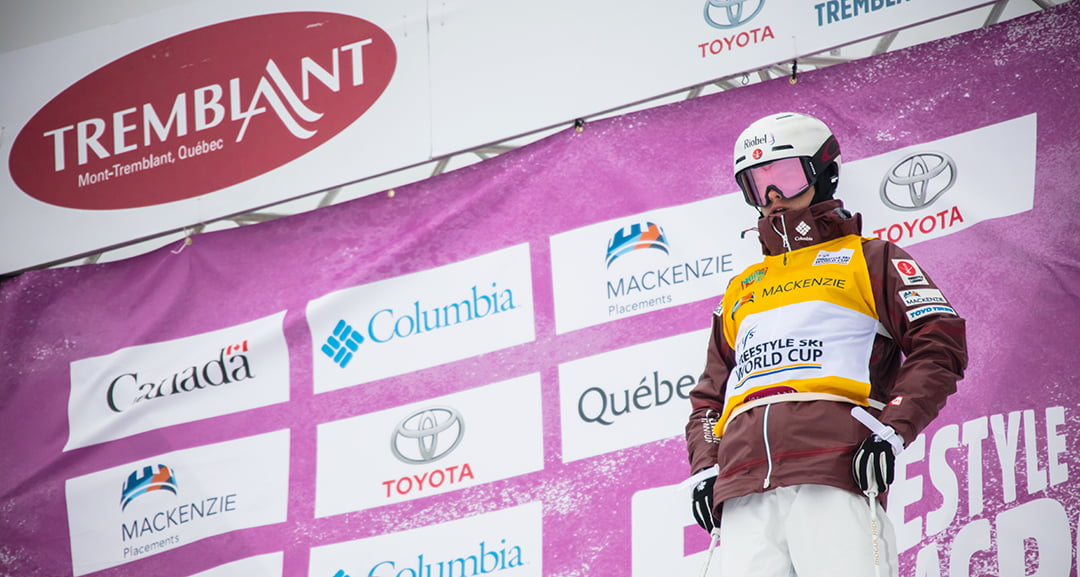 The day after the World Cup, the public is invited to meet athletes and coaches from the Canadian team in a free activity at the foot of the Flying Mile lift on the South side. The skiers and coaches will be there to field questions, pose for photos and sign autographs.

This will also be an opportunity to ski with the athletes on a safe mogul course adapted for skiers of all ages and skill levels. Hotel accommodations are also available for anyone who wants to stay overnight on Saturday and participate in both days of activities.
All details here:
https://www.tremblant.ca/plan/deals-packages/winter-getaway-snow-offer?sc_lang=en.