We are pleased to announce that Station Mont Tremblant and Alpine Canada have initiated the process to hold a Women’s Alpine Skiing World Cup in December 2023 at Tremblant. We invite you to read the press release issued : 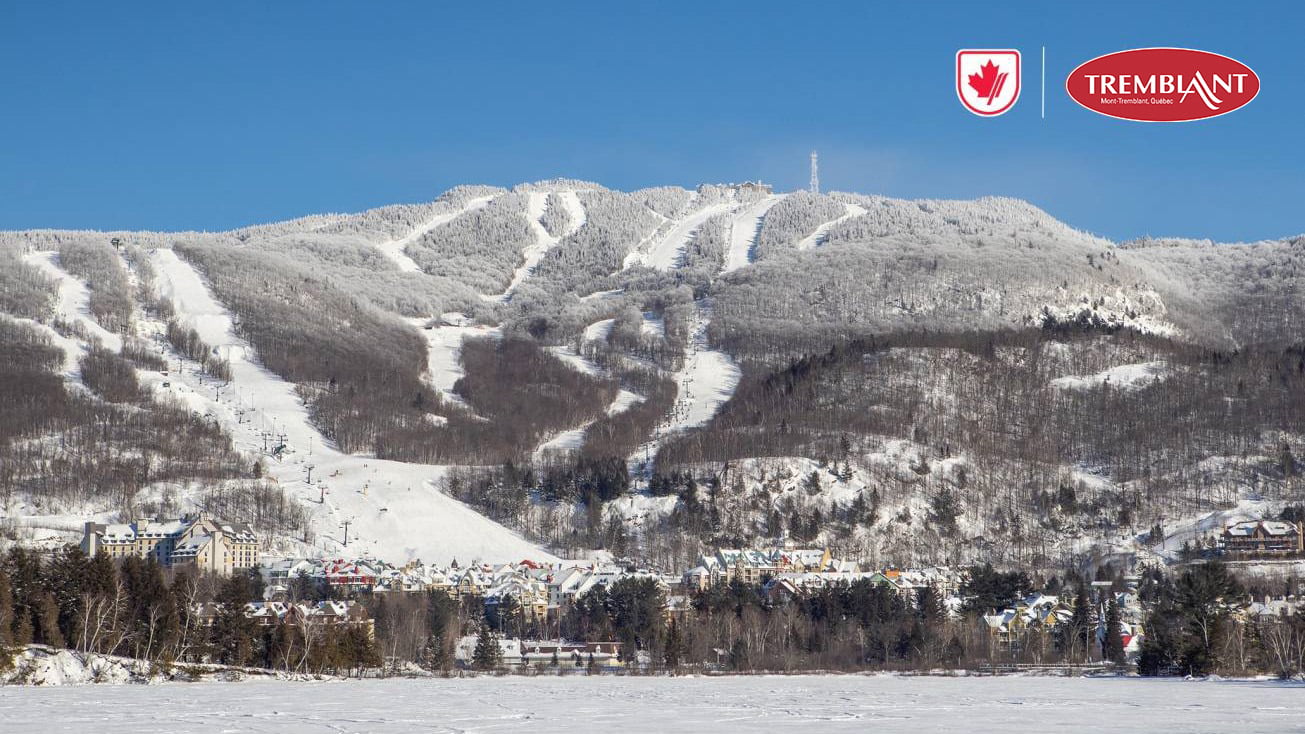 MONT TREMBLANT, QC (October 18, 2022) – Alpine Canada Alpin and Station Mont Tremblant are pleased to announce that they have agreed to a Memorandum of Understanding (MOU) to work collaboratively towards hosting an annual FIS Women’s Alpine World Cup (WC) event at Tremblant starting Dec 2-3, 2023. Alpine Canada is the FIS Alpine WC rights holder in Canada while Tremblant is the host venue.

FIS, the International Ski and Snowboard Federation, has committed to placing two Giant Slalom races at Tremblant on the Women’s Alpine World Cup long-term calendar for the next three years starting in Dec 2023. This support is conditional upon making improvements to the proposed racecourse to bring it up to world cup standards and to conducting a successful test event. Alpine Canada and Station Mont Tremblant are working collaboratively with the FIS on the plans for the Women’s World Cup event at Tremblant.

The partners are committed to producing a race that excites Canadians by hosting an annual Alpine World Cup event at Tremblant that grows the sport and the fanbase, delivers an amazing experience for athletes and fans, is commercially sustainable, and supports a strong legacy for the resort and ski racing community today and into the future.

“We are thankful to the FIS for this opportunity and are pleased to have a world-class resort partner who is ready to invest in our collective vision” said Therese Brisson, President & CEO of Alpine Canada. “Given the strength of our Canadian Women’s Alpine Ski team in technical events we are keen to host a Women’s World Cup with these disciplines in Canada for our fans. We are excited to give women’s ski racing the spotlight it deserves by hosting the best women skiers in the world at Mount Tremblant with all the ingredients for success. The region provides an enthusiastic fan base, and a highly engaged community of ski racing enthusiasts and volunteers. The planned dates are a logical fit in the World Cup calendar coming off Killington the weekend before.”

“We are highly motivated by the prospect of hosting a future FIS Alpine World Cup” said Patrice Malo, President and Chief Operating Officer, Mont Tremblant Resorts and Company LP. “Working in collaboration with Alpine Canada through the various stages to host the Women’s Giant Slalom World Cup is a priority. This type of event is part of our company DNA and it is important for us to help internationally promote the athletes, skiing and Tremblant. We are confident our destination will meet the expectations of the teams and spectators alike and we will make every effort to ensure the requirements are exceeded to make this event a great success for all.”

The parties are in the process of recruiting a world-class Local Organizing Committee made up of technical, commercial, and event management experts to lead the planning and execution of the test event and the annual Alpine World Cup Event at Tremblant. Plans are underway to complete the track improvements this fall and to host a test event Feb 27-Mar 2, 2023.

“I have had the opportunity to see the great commitment of the Mont Tremblant team and the full collaboration with Alpine Canada” stated Peter Gerdol, Chief Race Director World Cup Women, of the International Ski and Snowboard Federation (FIS). “There are some requirements to be fulfilled before the races can be confirmed, including a men’s Nor-Am Cup test event in March. I look forward to my next site visit to see the progress and the preparations for the test event. I am confident that the organizers in Tremblant will have everything in place to hold successful World Cup races next season.”

“I am stoked to have the opportunity to race in a World Cup at Mont Tremblant” says Canadian Alpine Ski Team member Valérie Grenier. “Tremblant is my home club, and it will be incredible to race there in front of my family, friends and all of the passionate ski fans in the Laurentians. It really is a dream come true”.

“The Women’s FIS Alpine World Cup will be a moment where girls from across the globe will look up to women skiers” stated the Honourable Pascale St-Onge, Minister of Sport and Minister responsible for CED, “For the past decades, Canadian women skiers’ performance has inspired young Canadians. They also encouraged our youth to stay active, which builds up their confidence and has a long-lasting positive impact on their lives. I am proud that Canada is striving to be the host Country for the event in the ’23-’24 season.”

For this upcoming 2022-23 season, Alpine Canada, together with many dedicated volunteers in the ski racing community, is focused on delivering a world class men’s and women’s Alpine World Cup events at the iconic Lake Louise resort and the Ski Cross World Cup finals at Craigleith Ski Club in Collingwood, Ontario. Canada has hosted early season Alpine World Cup speed events with excellence for over 30 years now, something no other nation outside North America has been able to do at this time of year.

“With our plans for a women’s tech event in the East now firming up, we look forward to finalizing our long-term strategy for a World Cup Men’s Speed event in the West,” said Therese Brisson. “We are fortunate in that there are several resorts in Canada, including Lake Louise, who are keen to host Alpine World Cup events and we are working with them to develop the right long- term strategy in partnership with FIS for next season and beyond.”

Alpine Canada is the governing body for alpine, para-alpine, and ski cross racing in Canada, as  well as for Canadian ski coaches, providing education, certification, insurance, and compliance with the coaching code of conduct. With the support of valued corporate partners and donors, along with the Government of Canada, Own the Podium, the Canadian Olympic Committee, and the Coaching Association of Canada, Alpine Canada develops Olympic, Paralympic, World Championship, and World Cup athletes to stimulate visibility, inspiration, and growth in the ski community.

Station Mount Tremblant is part of Alterra Mountain Company’s family of 15 iconic year-round destinations, including the world’s largest heli-ski operation, offering the Ikon Pass, the new standard in season passes. It is a top four-season resort destination owing to its guest experience both on-mountain, and in its pedestrian village. Its view of the Laurentians, the diversity of its offer and highly acclaimed major events – including Tremblant’s 24 h and the Tremblant International Blues Festival – place Tremblant among the Best Ski Resorts in North America by Condé Nast Traveler readers in 2020, in addition to being voted #1 Ski Resort in Eastern North America 20 times by SKI magazine readers. With your family, sweetheart, friends or group, Tremblant welcomes vacationers on direct flights from Toronto, to enjoy 1,900 lodging units fanned out across 13 hotel establishments, over 75 restaurants, boutiques and a casino, all at nature’s doorstep. 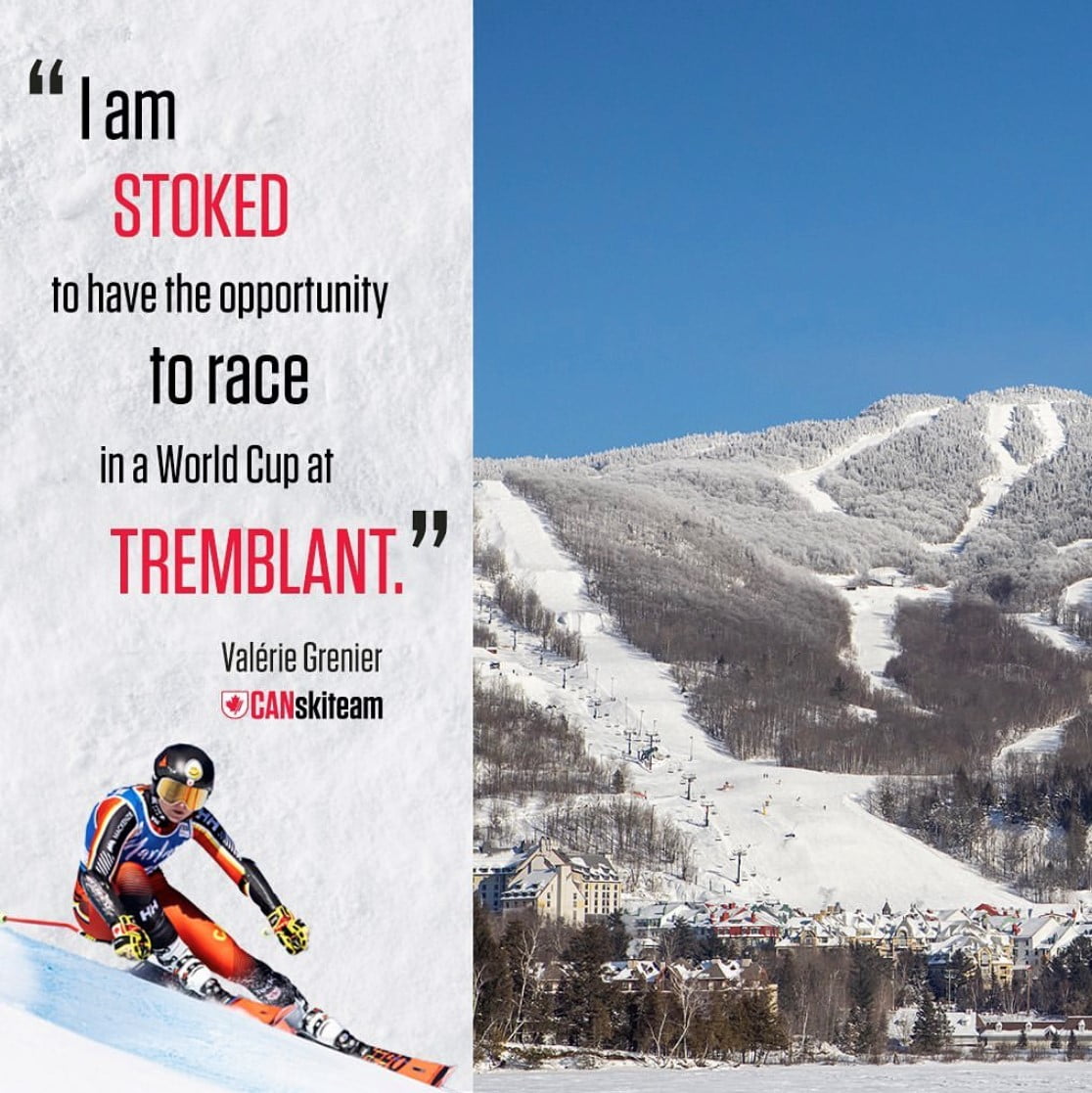