He who calls Tremblant his favourite playground since childhood is pleased to have witnessed its transformation over the years. He affirms that almost everything has changed since the 80s, both on-mountain and at the base. From glades and lifts to restaurants and activities. He quickly points out one gold standard: The joie de vivre of the ski culture that draws people together, creating a sense of community. “It was the same back in the 80s, 90s and in 2000, except now the community has grown bigger too,” he adds.

March: The Month where Playing Outside Is a Family Ritual
“My favourite memories of Tremblant are in the month of March, when the season is in full swing and the snow is at its best!” he says. Because the days are longer and snowfalls have accumulated, it’s the perfect time to ride the trails and glades. And since he has more spare time in March, he adores spending it with family and friends, like Brett Carpentier who introduced him to snowboarding and attended two Olympic Games with him. They always stayed in touch, even when Brett lived in Australia, the US and British Columbia. “With Brett, -30oC always feels sweeter!” he jokes.

Jasey-Jay has managed to blend business and pleasure, turning his passion into a career involving lots of travel. Whenever he returns from a trip, he always rushes outdoors to snowboard, do some alpine touring or cross-country skiing. In a way, his twin passions for winter sports and the natural kingdom have evolved into a kind of family ritual. “When I ride with my family, we head for the glades to find trails and fresh powder, or carve our first turns on groomed corduroy. Then it’s time for our hot chocolate!” he adds. For Jasey-Jay, School Break is the perfect time to steer away from routine, and pass on to his kids his love of adventure. A deep sense of satisfaction for the mountain man who never quits rediscovering his playground. 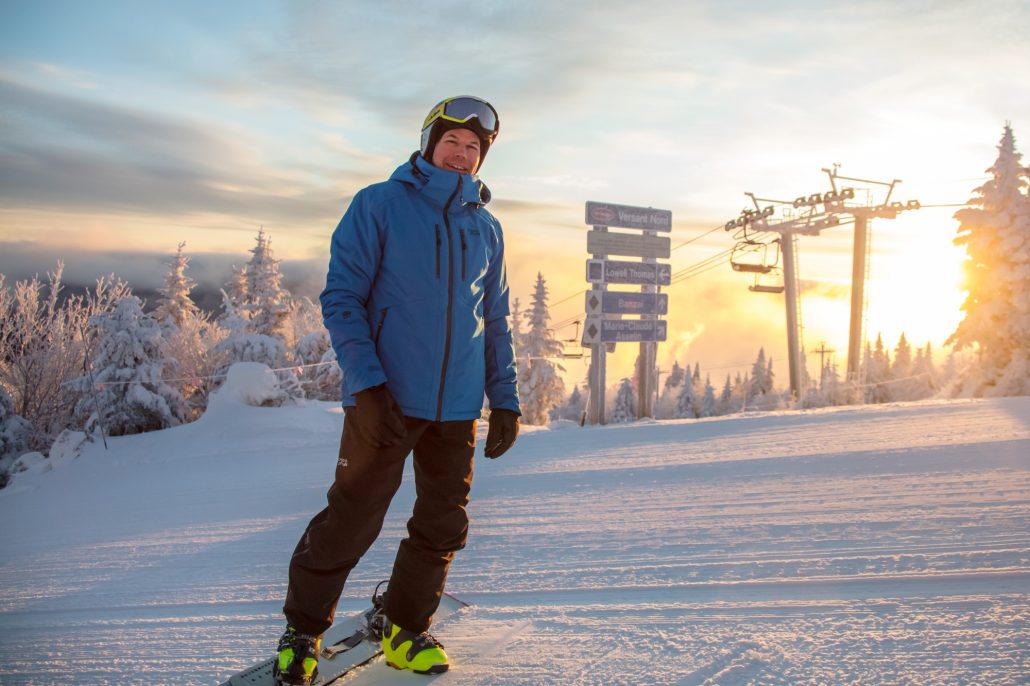